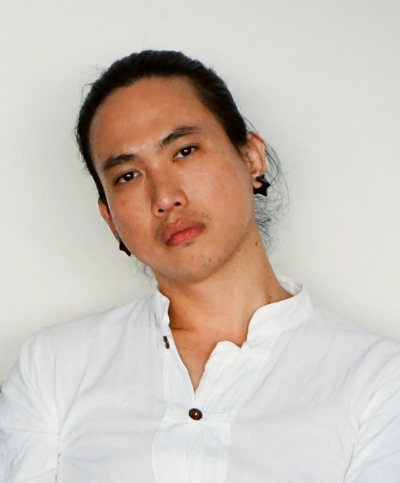 Lives and works in Los Baños, Laguna and Tarlac in the Philippines.

Cristian Tablazon is producing Conversations with the Assembly. He works across video, mixed media, installation, and text, and co-runs Nomina Nuda, a small nonprofit curatorial platform and exhibition space in the Philippines. His projects have been screened and exhibited at the Museum of the Moving Image, GAMeC di Bergamo, the Vargas Museum, Image Forum Festival, Artspeak, the Ayala Museum, PHotoESPAÑA, and the Seattle Center Armory, among others, and his writings have appeared in anthologies and journals in the Philippines, Portugal, Argentina, Thailand, Singapore, and the US. His research interests include memory and autobiography in moving-image work, intermediality and notions of the contemporary in local regional and folk artistic practices, spaces of spectrality and representations of trauma in visual media, and the production of modernities through interventions in art and natural history in the so-called East Indies under martial-colonial rule. He is currently working on a video installation commissioned by IoDeposito and the Autonomous Region of Friuli Venezia Giulia to explore the intersections of colonial histories and identities between the Philippines and the Patriarchate of Aquileia under the Holy Roman Empire.