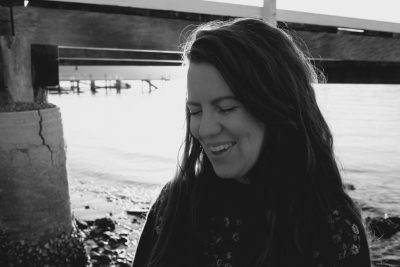 Lives and works on Miriwoong country in the north-west of Australia.

Alana Hunt coordinates the Regional Assembly. She is a non-Indigenous artist and writer, of Irish, Scottish and Maltese descent, who lives on Miriwoong country in the north-west of Australia. This and her long-standing relationship with South Asia—and with Kashmir in particular—shapes her engagement with the violence that results from the fragility of nations and the aspirations and failures of colonial dreams.

Her diverse practice is shaped by a commitment to sensitively challenge ideas and histories in the public sphere and the social space between people.

Since 2009 she has led several award-winning art and publishing projects. Fragments of her essay A mere drop in the sea of what is circulated in the Hansard Report of the Australian Parliament; Paper txt msgs from Kashmir (2009-2011) was course reading in the history department of Jawaharlal Nehru University, New Delhi; Cups of nun chai (2010-ongoing) circulated as a newspaper serial in Srinagar, Kashmir, and was published by Yaarbal Books in 2020; she has produced an unofficial street sign at the base of Australia's most under-utilised dam wall; and most recently exhibited in The National 2021: New Australian Art at Carriageworks (Sydney).